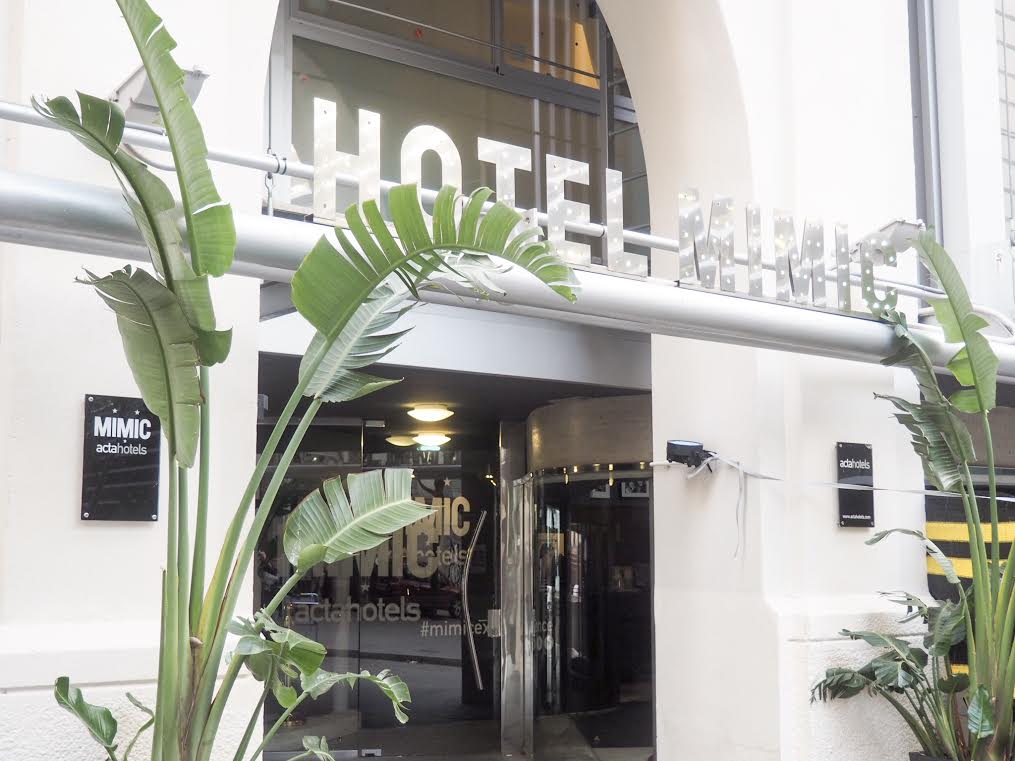 I’ve been bitten by the travel bug this year – can you tell? Budapest was the first trip of the year, and I went on a long weekend break to Barcelona with my boyfriend, James at the beginning of February…

The trip was originally planned because our favourite band ever, The 1975, had a European tour and one of the dates were in Barcelona. It’s somewhere we’ve both wanted to visit, and The 1975 are our favourite band, so we thought, why not combine the two?

A week before the holiday, The 1975 cancelled their European tour. I was absolutely gutted, but we had planned so much for our Barcelona trip that we soon forgot all about it!

So after a little research, we decided to stay at Acta Mimic in Barcelona.

Acta Mimic is located in the heart of the Gothic district, next to Las Ramblas, a mile-long stretch of touristy shops, restaurants, bars and souvenir stands, and the Port of Barcelona. The area was perfect – it wasn’t too touristy but it had all the great amenities like shops, bars, public transport and being just a short walk away from things to do. 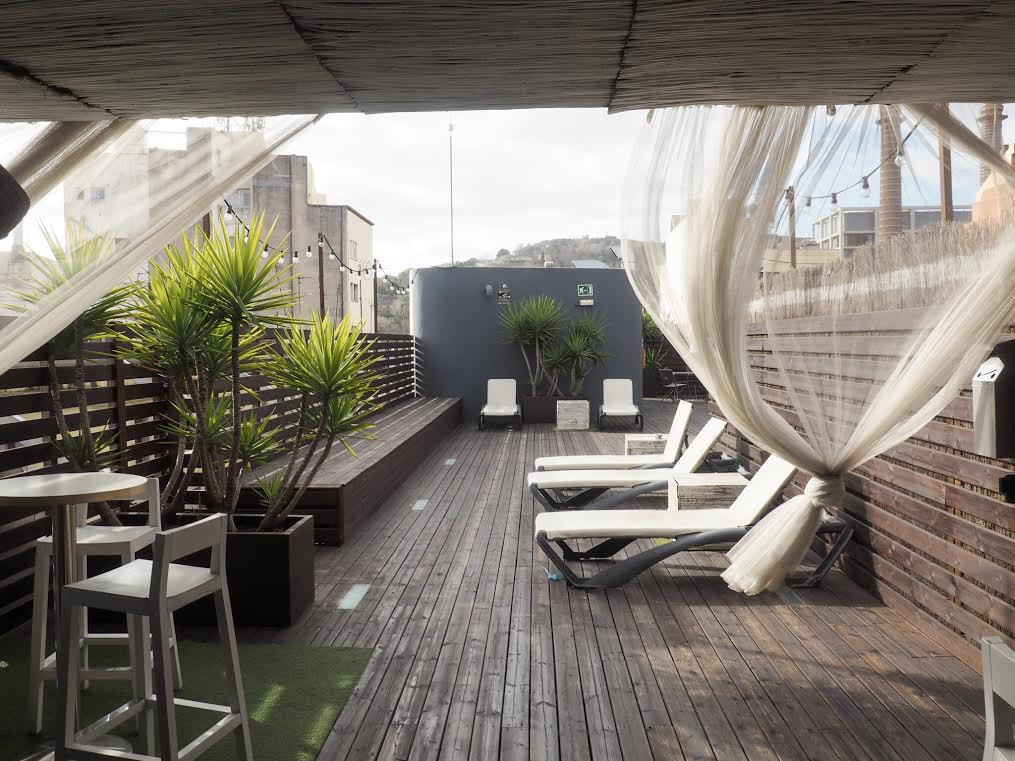 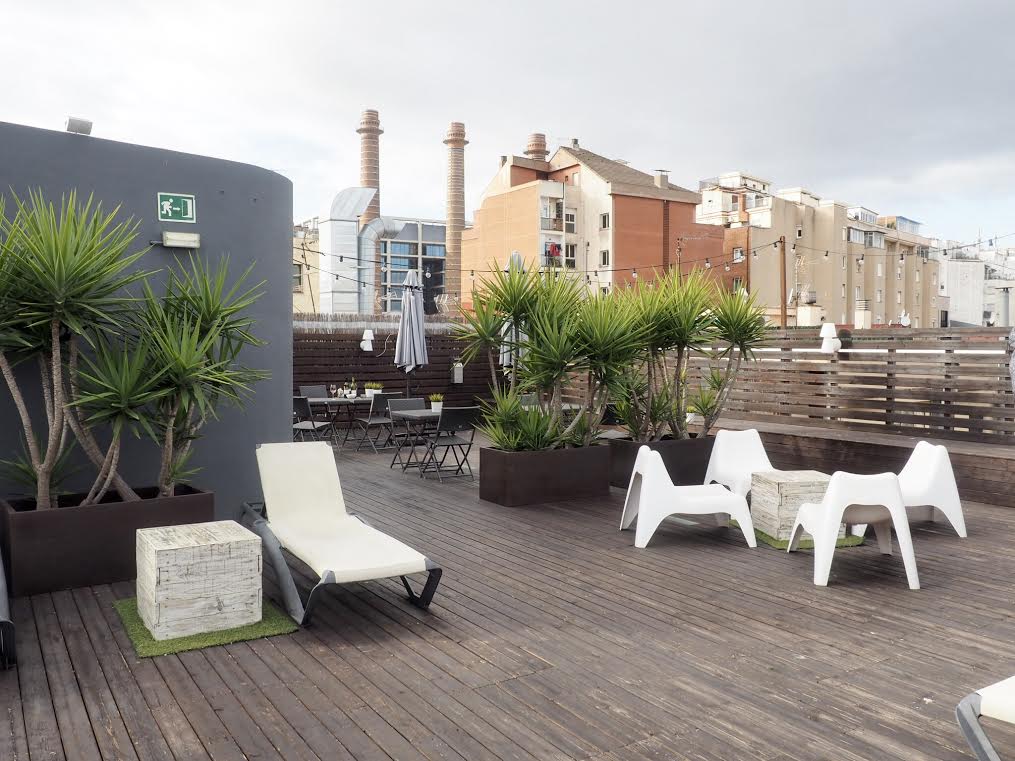 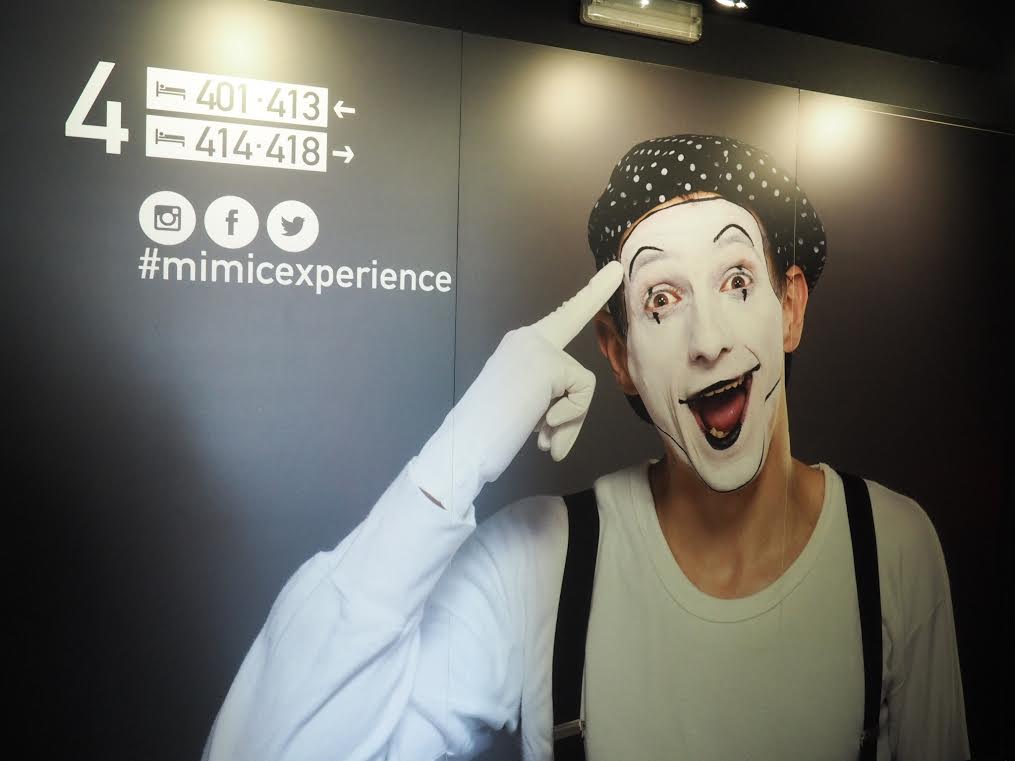 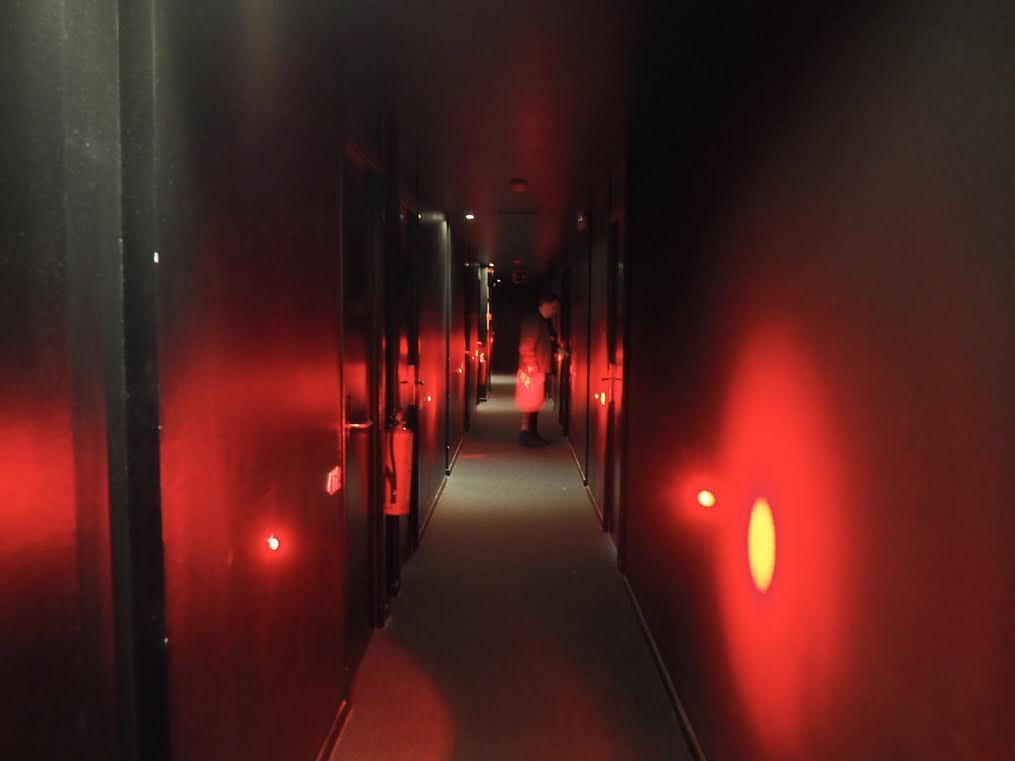 The charming hotel is built in an old theatre and is spread out over 6 floors and houses a Solarium, 92 rooms, restaurant, bar and a courtyard garden area. The running theatrical theme keeps in touch with the hotels old roots, which gives the hotel so much character! The reception is decked out with theatre memorabilia, including photos of theatre and movie stars; even the corridors are lit up like a theatre with black halls and red spot lights down the side. 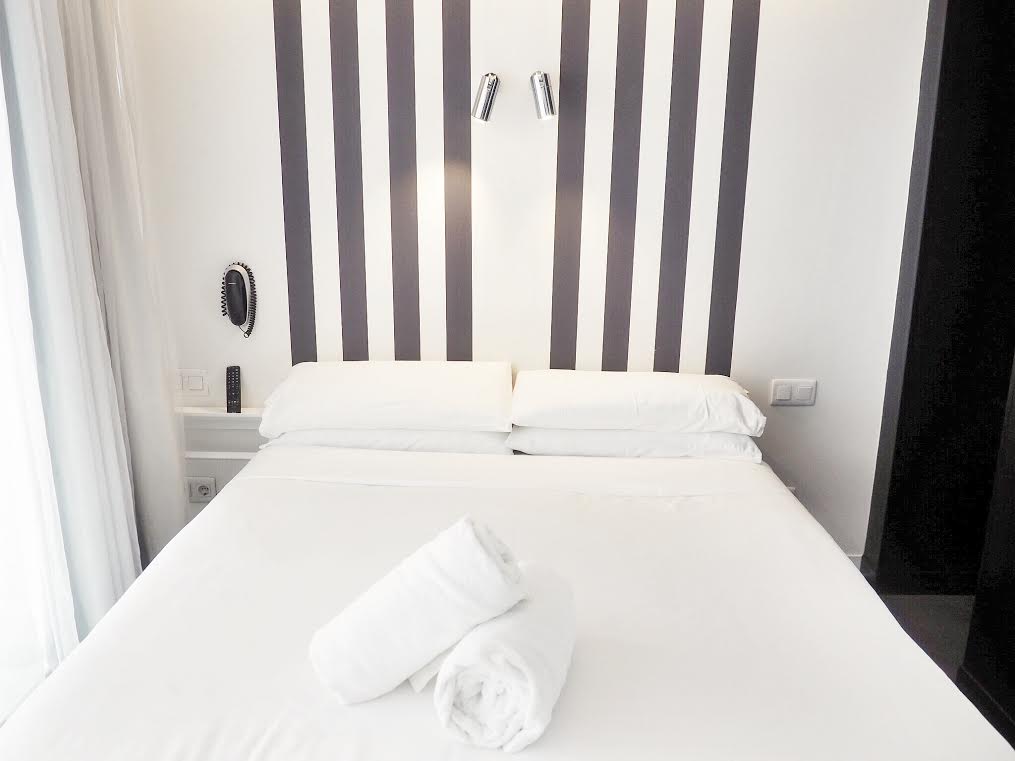 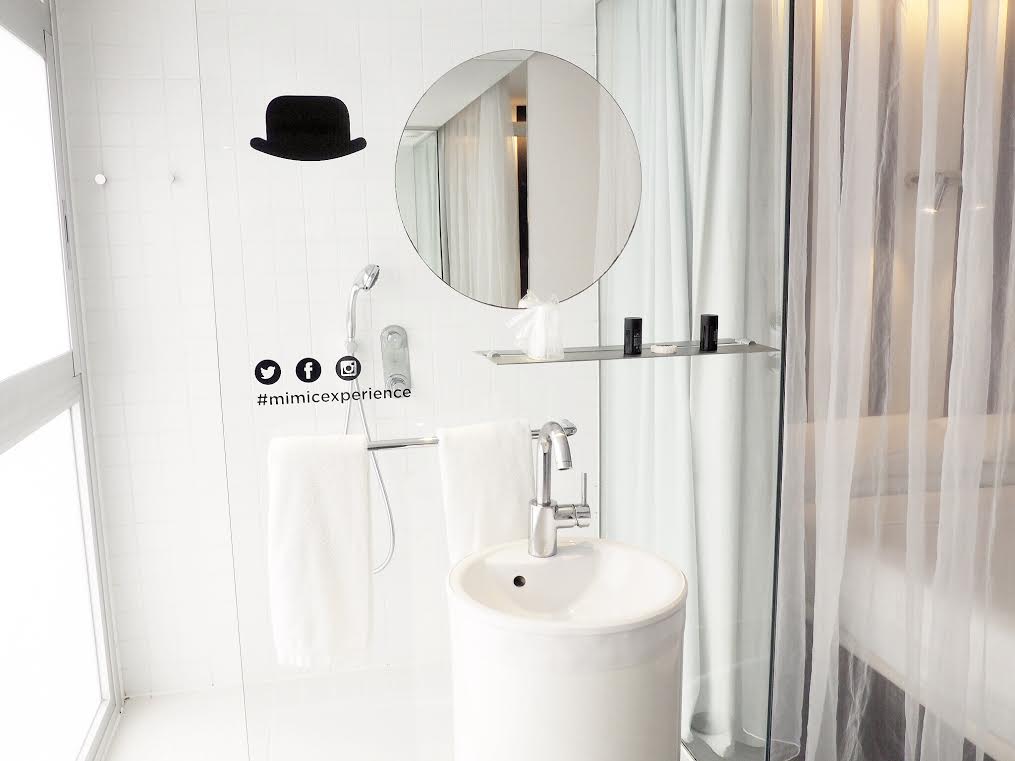 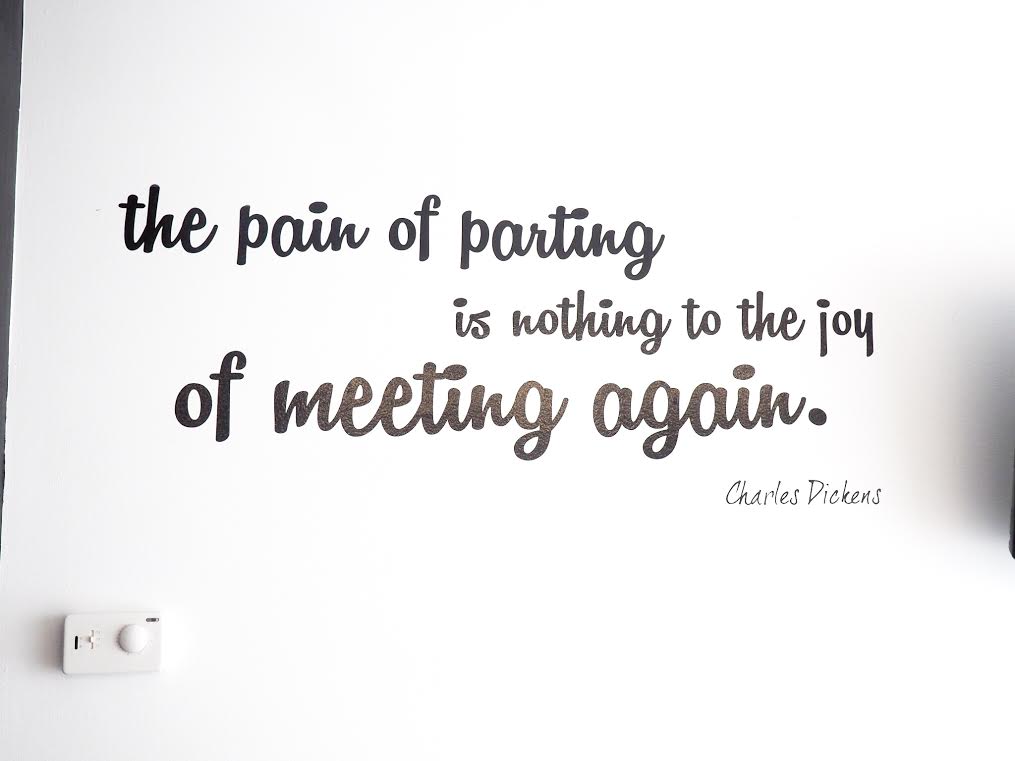 The room we checked into was just beautiful. It’s worth pointing out that the majority of the rooms in Acta Mimic are open planned; everything is in the same room except from the toilet. The room is separated with a thin floaty curtain – and thankfully an optional black out curtain to pull across too! The room was so light and airy and cleaned well each morning. We also had a mounted TV with a few English channels and had great accessories like toiletries and hairdryers. Our view wasn’t the best but, in a way, I really liked it. We were
looking out over old Spanish houses with those traditional shutters and
washing hanging out the windows… I kinda loved that old vibe!

We stayed on the second floor in the double room but were told at reception that the hotel rooms were being renovated with themes and different styles. I’d love to visit again and check out the Cosette Room, it’s a stunning 19th-century French themed room over two floors! 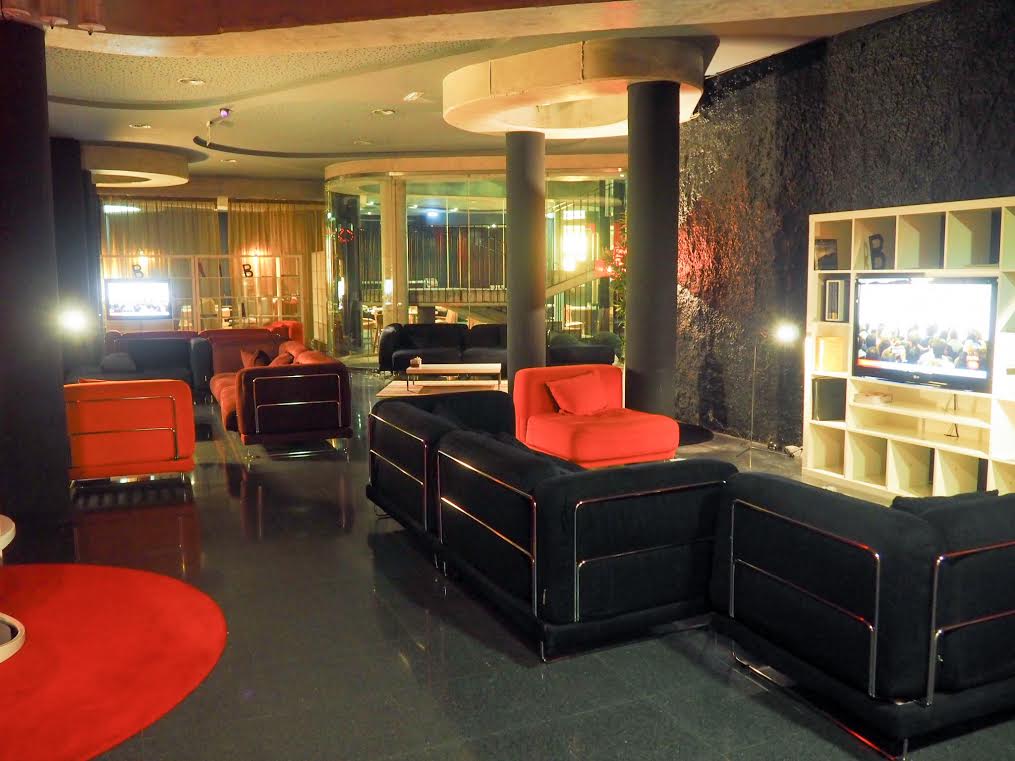 The breakfast area was a great little place to escape. There are plenty of places to sit and eat and drink, as well as a lounging area with comfy sofas where you can watch different films each night.

I started with a cooked breakfast of an omelette with sausages, hash browns and tomatoes. I then had a hot chocolate with glazed doughnuts and pastries and omg, aren’t holiday breakfasts just the best?!

The hotel staff were so lovely and friendly, spoke great English and were so helpful! They printed out tickets for me that I’d booked for trips, and advised us on some places to visit and restaurants to check out. A special shout out to Victor too for helping us to check in early and helping out with my many questions about the city!

I’ll be posting my 72 Hours in Barcelona post soon too, with some great recommendations on places to visit, restaurants to eat at and bars to spend the nights at!