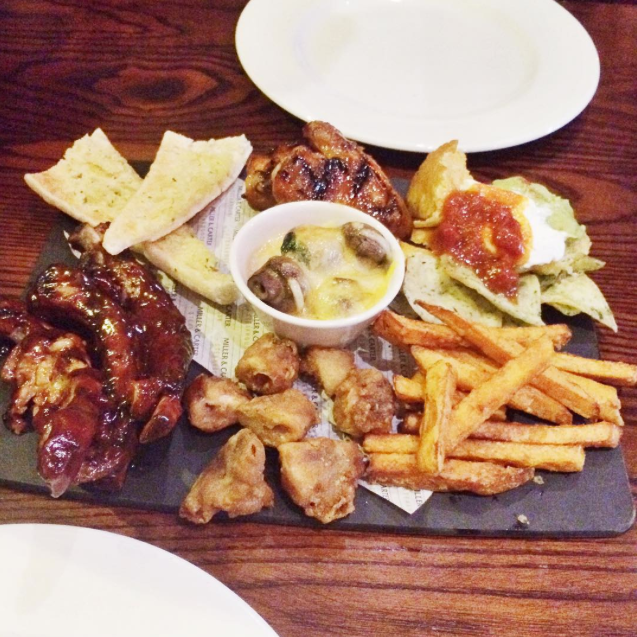 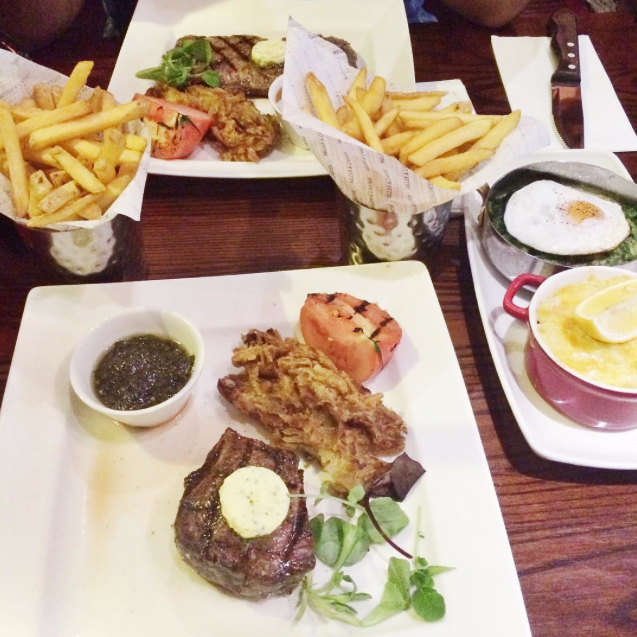 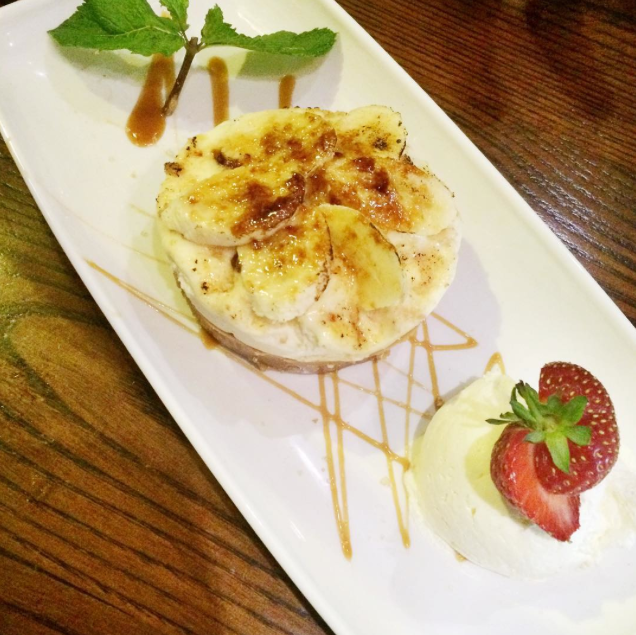 As a celebration of my boyfriend and I’s 2nd anniversary *YAY* we went to Miller and Carter for another top notch meal. Last time I went was in April for my mums birthday and it was pretty well received here on hannatalks – even my mouth was watering at describing all the food!

As noted before, (and i’ll explain briefly now) Miller & Carter is a steak house which specialise in 30-day aged British steaks. Cuts like ribeye, fillet and sirloin are on the menu, alongside juicy burgers, ribs and fish dishes. They have restaurants nation wide but pop your post code in here to find your nearest one.

We arrived at the restaurant at 11:55 to be precise. 5 minutes before opening time – now THAT’S dedication. Sipping a malibu and coke – at lunch time so that’s totally acceptable right? – we scoured over the menu to see what we fancied. A few other couples and families were seated too and they all seemed to opt for the lunch time ‘light bite’ menu – but not us.

For starters we had a Sharing Platter. The platter had: smoked BBQ ribs, baked cheddar mushrooms, dusted calamari, nachos, smoked chipotle & honey chicken wings, sweet potato fries and garlic bread. Drool. I was a bit iffy about the calamari, but I tried a little bit and it was actually quite nice. Everything was served piping hot and my favourite element probably has to be the ribs – they were so BBQy and sticky. Heaven.

For mains, I went with fillet steak and a side of lobster mac n’ cheese, and my boyfriend the sirloin steak with creamed spinach and fried egg. Both were served with chips, salad, lettuce wedge and onion loaf. ONION LOAF GOD DAMN. I couldn’t tell you what was in it (other than onion obv ladies and gents) but it’s so crispy, and oniony and tastes so. damn. good. Not forgetting the legend that is lobster mac n’ cheese. And the ratio of lobster to pasta was perfect this time; with a gooey and crispy cheese topping. I’m in heaven. I didn’t get to try the spinach/egg whilst it was hot but my boyfriend has vouched for how good it was.

Were we full to the brim? Yes. Did we order more than we should have? Yes. But did that stop us from ordering dessert? Hell no! Another malibu and coke down, we settled for the Banoffee Pie – a dense biscuit base, topped with rich toffee, cream and fresh caramelised bananas. I can’t lie, it didn’t even touch the sides and went down an absolute treat.

After posting photos on Twitter, I managed to persuade Laura Gale to go there and eat dessert and have drinks because I am just THAT kinda gal.