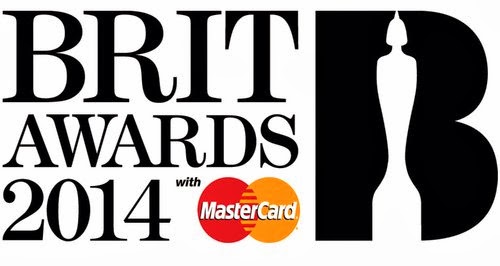 A night full of glitz and glam, guaranteed incredible performances, sprinkle of boozy celebrities and a dash of hopes and fears – POOF. BRIT Awards 2014 had begun.

James Corden kicked off the BRITS 2014 at the London 02 for the last time last night *sobs* by introducing The Arctic Monkeys for the opening act. Their performance was explosive and I loved their stage presence – well I did, until that dreadful acceptance speech after picking up Master Card British Album of the year – a little too diva-ish for my liking.

My favourite part of the night had to be Bastille and Rudimentals collaboration,  performing Pompeii and Waiting All Night, alongside nominated critics choice Ella Eyre. HOW GOOD DID SHE LOOK?! If I were to have a girl crush it would definitely be her, and she rocked that fro!! Can you believe she’s only 19 years old, incredible talent.

Not forgetting those on the red carpet last night, we were graced with their flawless attire, but some looked a little, er, worse for wear. 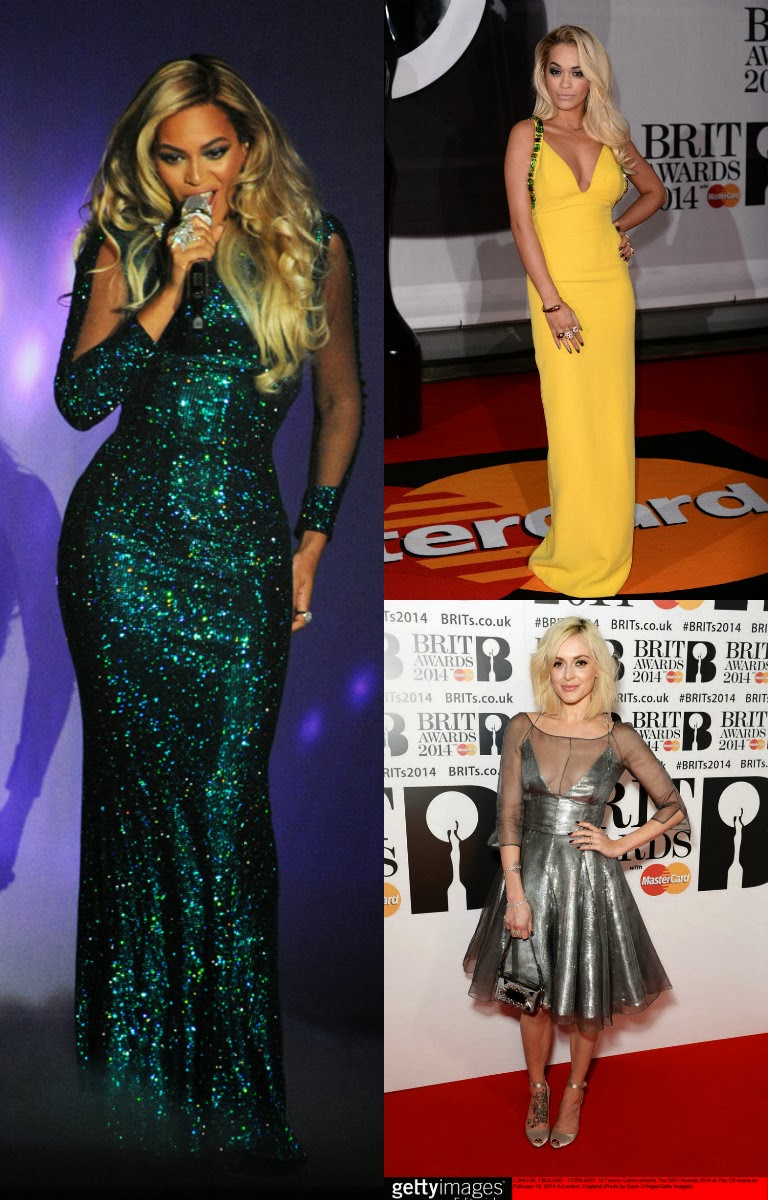 Beyonce. My favourite. Her live performance of XO was undoubtedly the night’s best vocal performance, but what did she do after the performance? Chill with hubby Jay-Z and unlimited booze? Congratulate BRIT2014 winners? Mingle with the stars? No. She threw a puffa jacket over her simply mesmerising gorgeous sequinned dress and headed straight for the airport, posting photos on Instagram as she left. 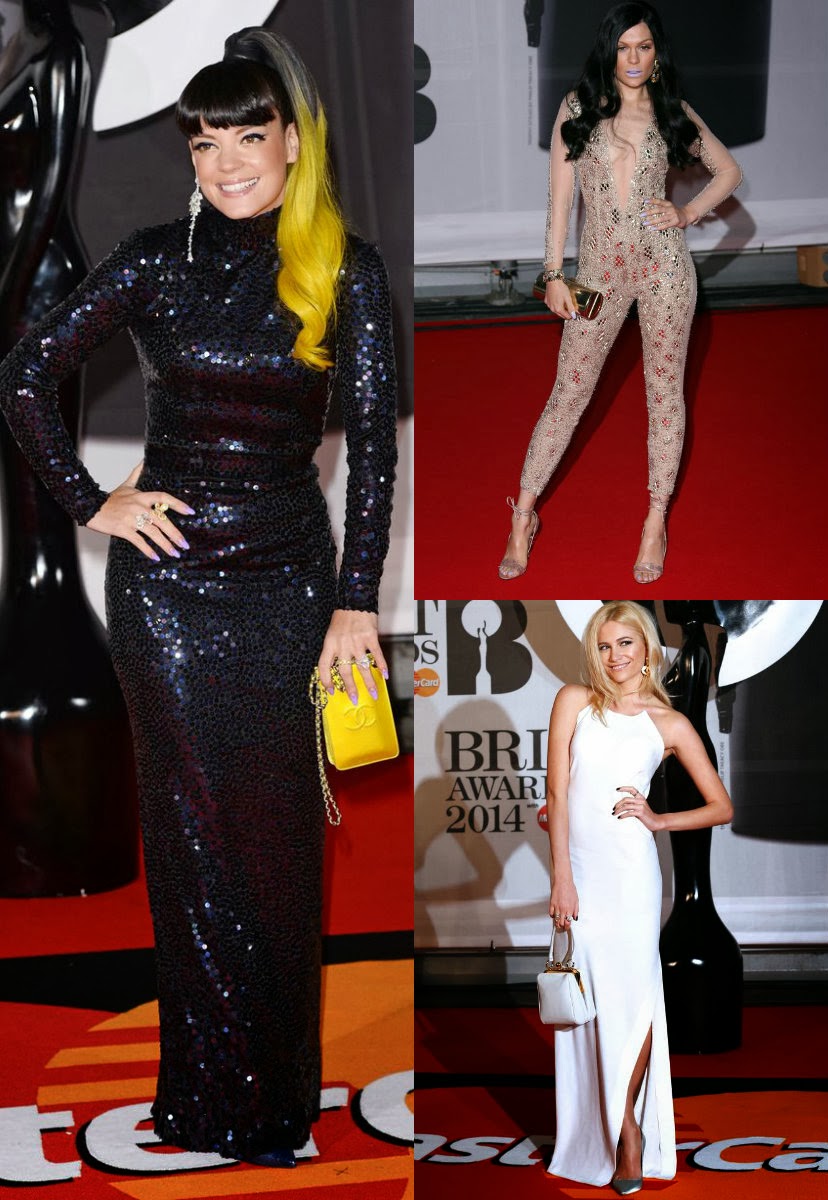 I loved Lily Allens quirky hair do and matching bag – can I see it as the new Ombre Dip dye? No, but she still pulled it off. As much as I love Jessie J, her lipstick just scared me. A thick matte lilac colour – if I’m honest, it reminded me of that cheap makeup you’d get out your weekly girly pop magazine. 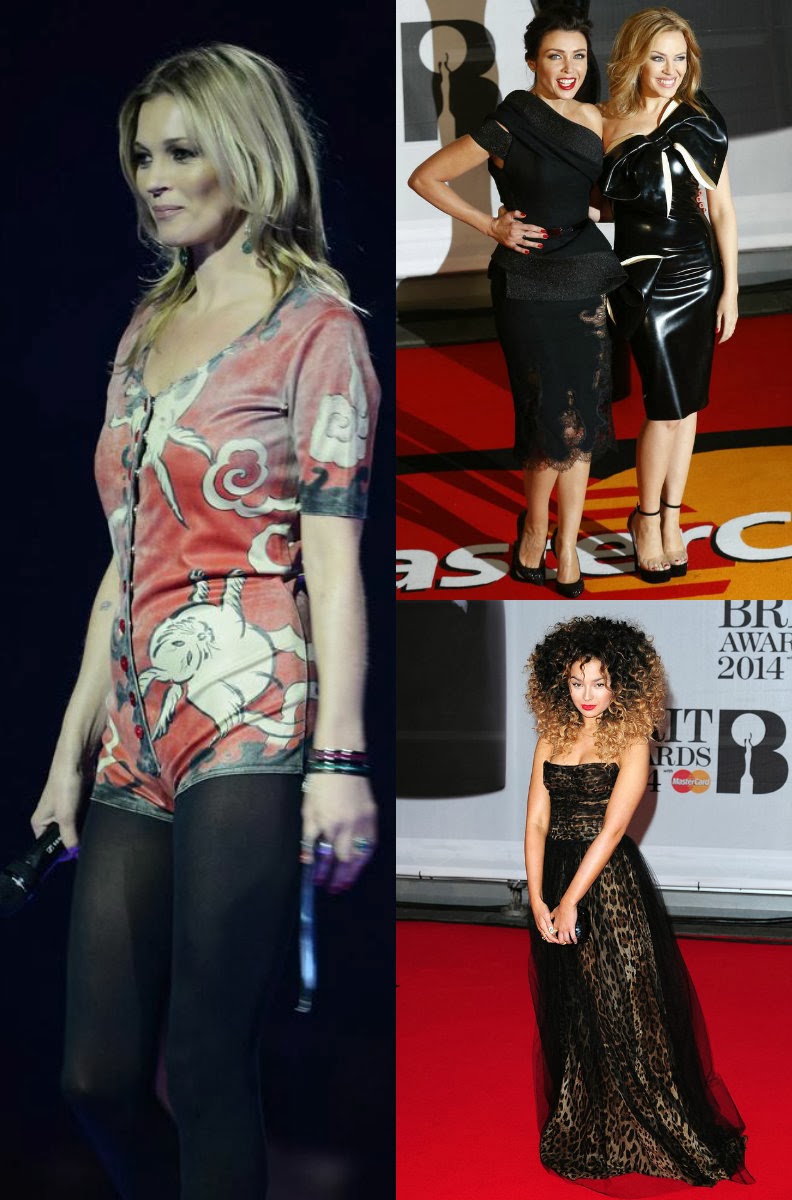 Kate Moss OWNED that Ziggy Stardust all in one. Ella Eyre has made an appearance, again. She looks fierce in her leopard-print floor length dress, the netting around the outside makes it edgy. And of course, the bold red lip is a winner!

Did any of you guys watch the BRITS last night? Who were you glad to see scoop up a BRIT award?