A massive passion of mine is for my love of music and going to concerts and gigs in and around London. 2013 was a big year for me with regards to concerts and festivals I attended – money well spent I should say! Here are a few of the concerts and venues I visited:

On March 25th, I saw The Script at the 02 in London. I have been a massive fan of The Script for a few years now and after seeing them at V Festival in 2007, I made sure to get tickets for their 2013 tour! The band as a whole have incredible stage presence and connect so well with the audience. I find comfort in listening to their slow ballads and up beat love songs and see them as an alternative to music currently in the charts. I would definitely recommend anyone to see The Script – well worth the money! On March 29th, I went to the 02 Shepherds Bush in London to see Bastille. At this point, I hadn’t really listened to many of their songs and had only heard their single ‘Flaws’ in the charts. But with an open mind, I went to the concert with no certain thoughts on how it would be. The venue itself is amazing! A converted old theatre with all its original features – detailed balconies, old fashioned stage and a HUGE chandelier as the centre piece. The concert was absolutely AMAZING –  in fact, looking back on the concert I think they sound better live as opposed to the CD! – The show as a whole was incredible and the atmosphere there is fantastic – certainly not a band to miss. I feel so happy to have seen them in a small venue before they tour in massive arenas! 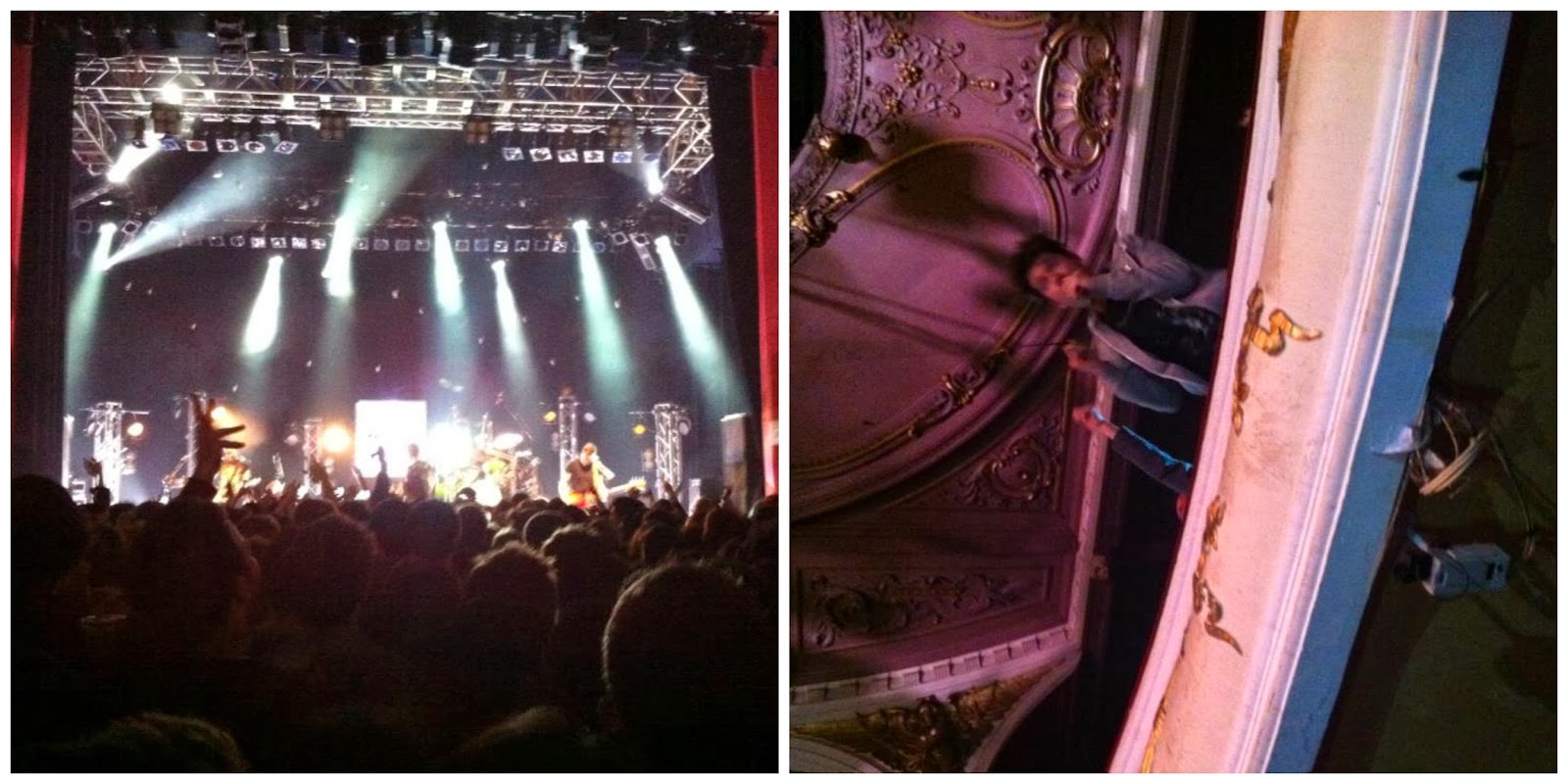 On the 24th April I went to Camden KOKO with a friend to see Dog Is Dead. I hadn’t heard of the band before and decided I had nothing to loose by seeing them! Before going to the concert, I did check out some of their EPs on YouTube to get a feel for their music. Their songs seemed to have an indie-pop feel, with upbeat melodies and consistent use of the glockenspiel instrument to differentiate from other bands in the industry. Camden KOKO is an amazing venue – a converted theatre – and the sound quality is amazing there. I get satisfaction out of listening to new up and coming bands in old small venues as it feels much more personal and intimate! The show was amazing and the relationship between the group solidifies the performance as they’re out to have a good time. At the end of the show, I bought a signed T-Shirt and the lead singer Robert Milton was around so I grabbed a quick photograph! A new up and coming band worth checking out. 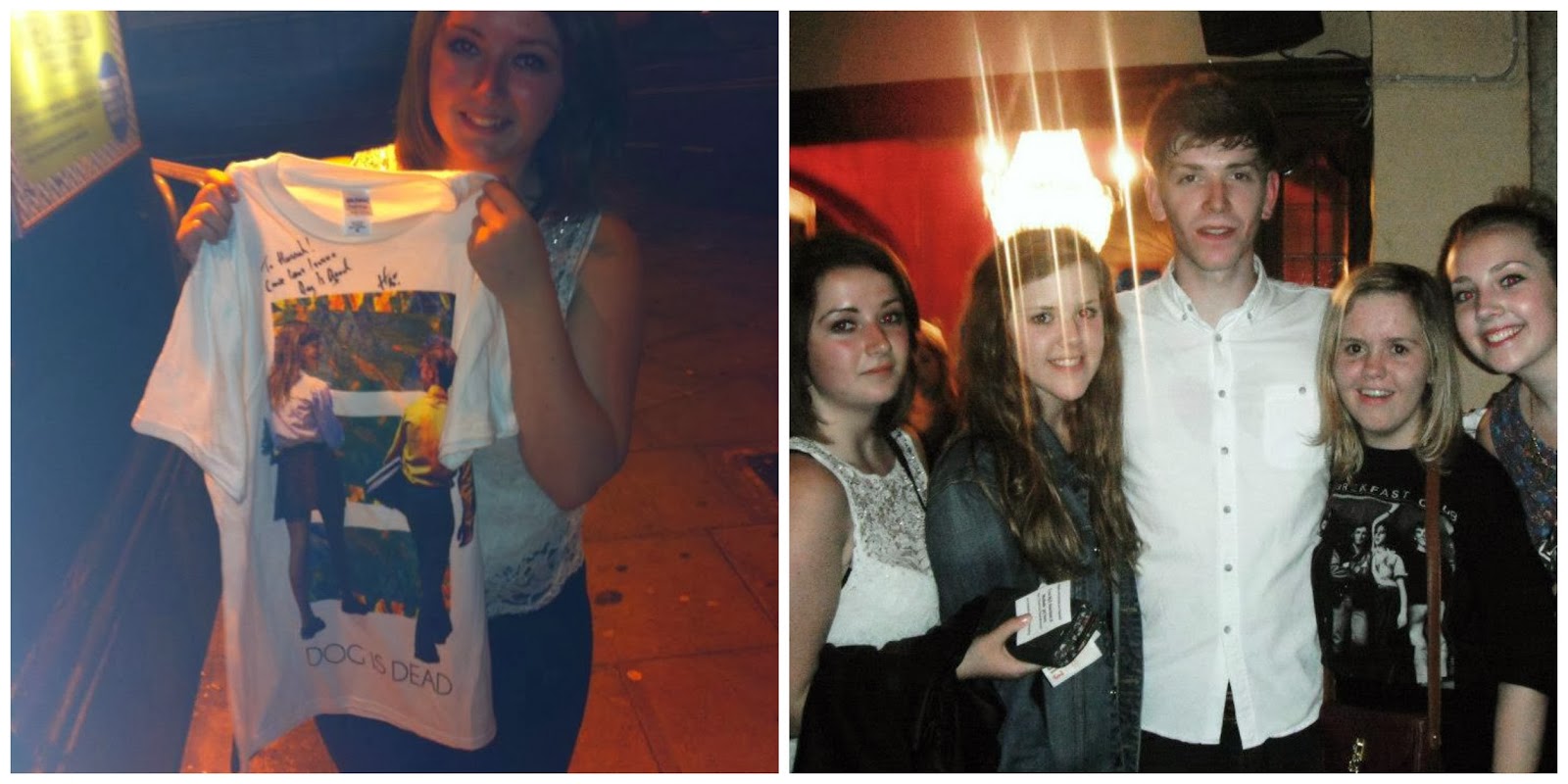 Rival Sons and The Temperance Movement

In early May – the date has completely slipped my mind! – I went to see Rival Sons and The Temperance Movement at the Cambridge Junction. This time, I really hadn’t heard of the band and didn’t know what to expect. The Temperance Movement are a British blues rock band from Glasgow with lead singer Phil Campbell fronting the band. I have never seen a band full of so much energy and as a support act, their performance was unbelievably good! Rival Sons are an American band from California. Their performance was also incredible – over all an amazing night. The venue it self was tiny – the smallest venue I have ever been to – and there were no more than about 50 people there. A small room made the gig intimate and the atmosphere was amazing, a fantastic venue. 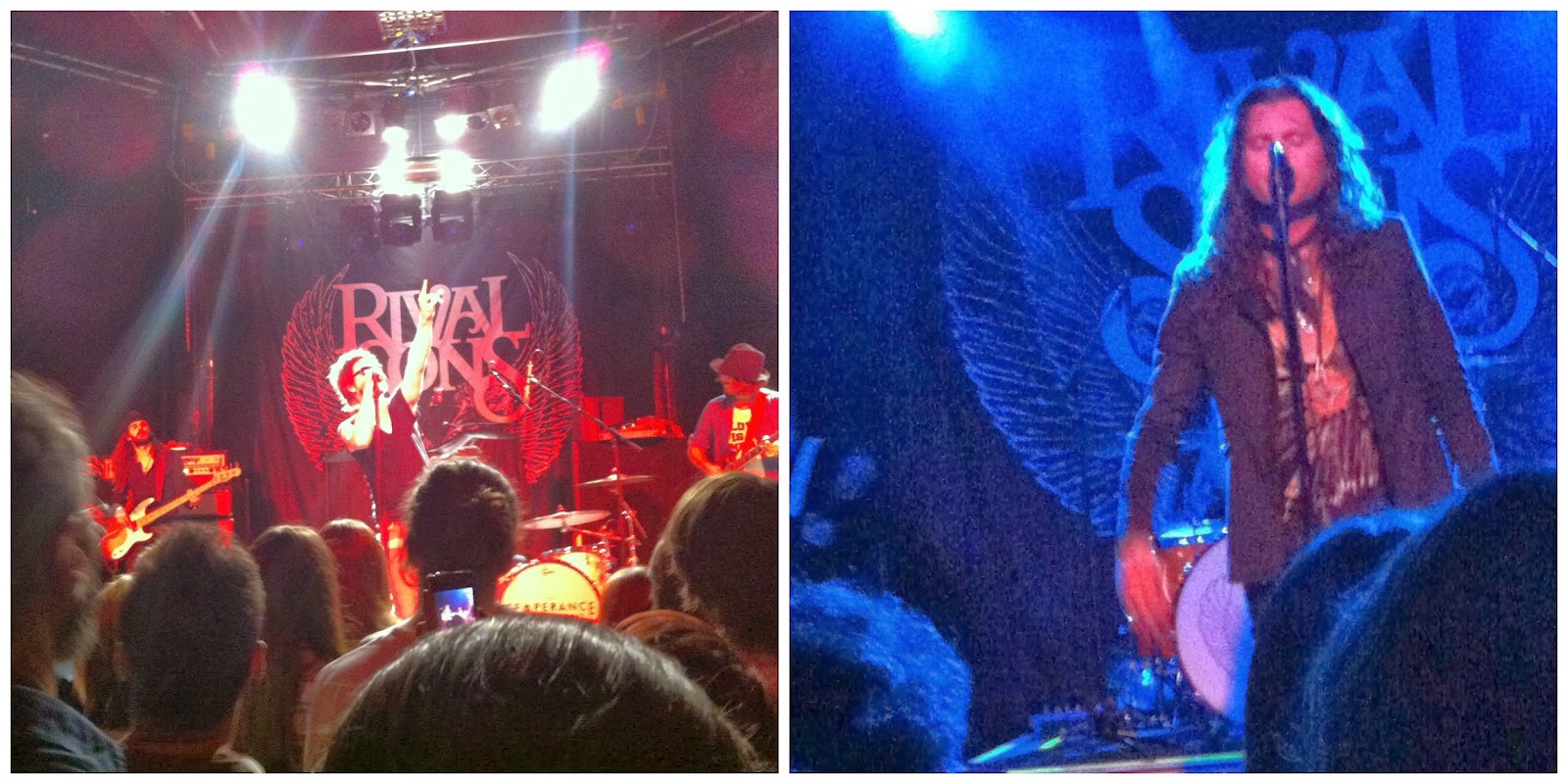 On the 29th May I saw the 1975 at Heaven nightclub in London. I had heard the song Chocolate played on Radio 1 and was instantly hooked. I spontaneously bought tickets for myself and my friend and once again, didn’t know what to expect from the group. I listened to their EPs on Youtube and was instantly obsessed with their music. The 1975 are such a niche group with alternative indie/rock songs covering various personal topics. I can only describe the song and lyrics as haunting and smooth – such a unique feel! The venue was incredible as it’s a long tunnel-like layout with the stage at a low level. There were less than 200 people there and the gig was so intimate – the atmosphere in the venue was unbelievable. I highly recommend seeing this band before they too get big! On the 12th and 13th of July I went to Wireless Festival with my friend, held at the Olympic Park at Stratford. The main reason for booking tickets for this festival was for Justin Timberlake… Who WOULDN’T want to see Justin Timerblake in the flesh?!? The open aired festival was fun as there were different tents to see acts and the main stage where you could sit down and relax. The weather on the 2 days was above 25 degrees which made it unbearable to move out of the shade! Look at me complaining about the weather… typical Brit! None the less, my friend and I enjoy listening to acts such as Connor Maynard, Macklemore, Snoop Dogg, Emelie Sande, Kendrick Lemar and of course… the one and only Justin Timberlake and Jay Z! I thoroughly enjoyed the festival as you were able to relax in the sunshine and listening to music in the background – a laid back weekend for me! You can just about see how bright red my legs are… ouch!!! Just looking at how burnt my leg was makes me shudder even now!

On November 4th I had the privilege of seeing Bastille again but this time at a local venue, Southend Cliffs Pavilion. Once again, the concert was incredible and I loved the fact that Dan Smith – lead singer – came into the crowd to sing their big hit Flaws. Bastille also played 3 new songs which haven’t even been recorded in the studio yet – how exciting! Can’t wait to see what they produce in the future. The venue is also great, the acoustic sound is spot on and the stage is big enough to be seen at both standing level and tiered seating – good for us shorties!! 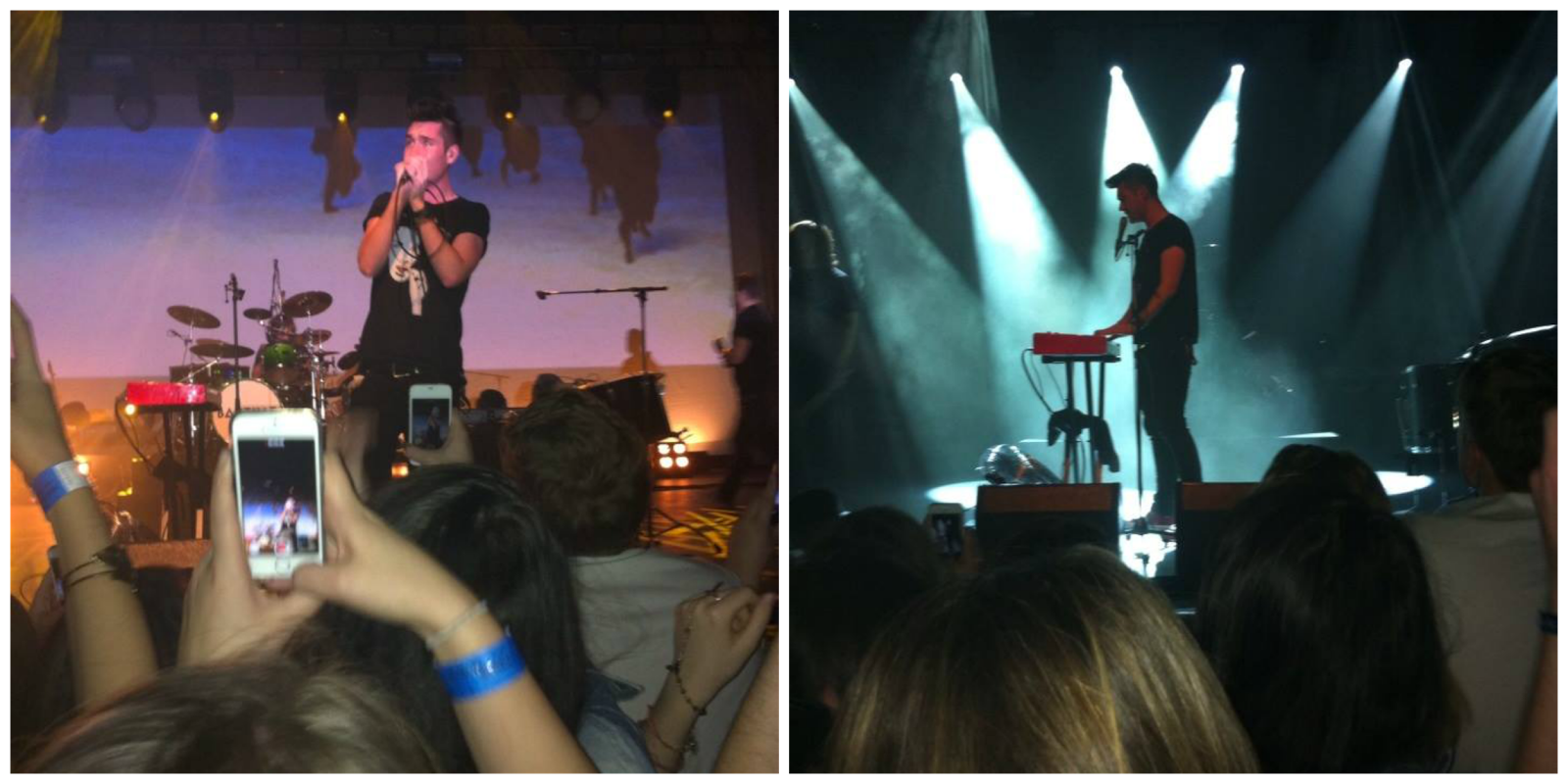 Looking back on this post… I’ve had a fairly good year for attending concerts! I had tickets for Rudimental but was in hospital so I couldn’t go – gutted!

What concerts do you have planned for this year? Any that you’d recommend?